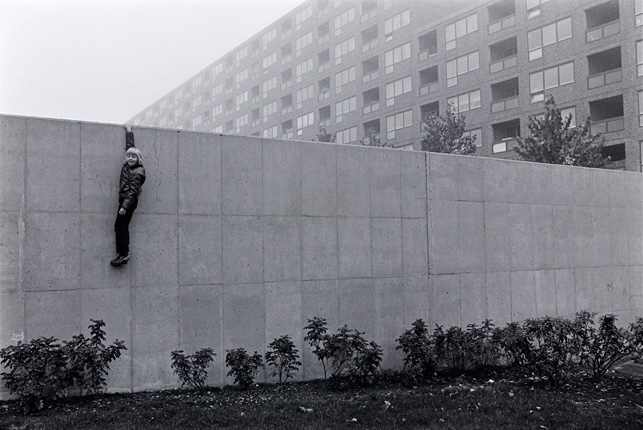 One of the topics given particular attention during the 2016 presidential debates is the current immigration policy in the United States and whether or not it should be changed due to recent acts of terrorism around the world and the presence of millions of undocumented immigrants in the United States. Carina Gallegos, a freshman at St. John’s University studying criminal justice, recently talked about living in a family of immigrants and how their lives would be personally affected by some of these proposed changes.
According to CNBC, republican candidates Donald Trump, Ted Cruz and Jeb Bush have supported building a wall as a barrier between the United States and Mexico. Carina Gallegos, 19, has a father who immigrated to the United States from Mexico at the age of 15 when he ran away from home. “He hopped on a train that had cars. He was able to sit in them and relax until he made it to this country,” she explained. Gallegos felt that building the wall would be a waste of money that could be used towards other things. She shared that her father went back and forth from Mexico to the United States multiple times until he became a resident and got married. “Honestly even if we build a wall, there’s always a way into this country. People always find a way.”
One common argument for limiting immigration is the notion that these immigrants take jobs from Americans. Democrat Bernie Sanders disagrees, saying that immigrant labor should be valued. “When he first got here, he tried doing anything just so that he could get enough to eat,” shared Gallegos about her father finding work when he entered the country. “At first he did jobs like mowing lawns and construction. Later, he worked for a mechanic. He was able to manage a pretty successful construction company with his sister.”
Gallegos feels that immigrants are already at a huge disadvantage coming into this country, many of them not knowing the language and coming with nothing. Her father was able to make all of his accomplishments with a middle school education. Her uncles had difficulty learning English and fell behind in school as a result. They were put in American Sign Language classes. She expressed that if immigrants are able to find jobs, then Americans that want them should be able to find jobs as well.
One of the reasons immigration has become such an important topic in the upcoming election is because of terrorist attacks in our country from groups such as ISIS. Gallegos worries about terrorists being able to enter our country, but feels there isn’t a logical way to prevent that from happening without barring faultless people from coming to the United States. “Usually Caucasians seem to be the ones who are in charge of the shootings; I don’t think it’s immigrants,” she said.
According to the Washington Post, Trump has proposed deporting millions of undocumented Mexicans. “From my family, there’s only one uncle that’s considered to be illegal here and I know things are getting more difficult,” explains Gallegos. Her uncle was deported because his past girlfriend claimed that she was raped by him, although they already had a family together. He was convicted and was deported as a result. Although he never physically left the United States, he has difficulty finding work because more and more jobs are requiring documentation. “He worked for an oil company for many years and had a great relationship with all the workers there including his boss,” she explains. “He was fired because they were going to be inspected by immigration officials and he didn’t have papers.”
It is estimated that twelve million people are living in the United States undocumented. With immigration reform being a major topic of the upcoming election, some worry about what these changes would mean for them and their families. “It kind of concerns me in a way because I feel like they’re going a little bit extreme,” said Gallegos concerning the current attention on immigration. “I don’t feel like there’s much change that they can do in a negative way towards immigrants because this country was built by immigrants.”