Samantha Abad is no stranger to being a female in a male-dominant field.
Samantha Abad, a freshman at St. John’s University from San Jose, California, is a recently declared communications major. “I didn’t know what I wanted to do when I came to St. Johns,” she explained. “I was thinking about English because I love to write. There’s a lot I can do with communications.”
Although Abad is still exploring some of these options, she says she is most interested in becoming a sportscaster. “I really like sports. I think it would be cool to be a sportscaster because I’m a really big baseball fan.” Abad looks up to Amy Gutierrez, the sideline reporter for the San Francisco Giants for Comcast SportsNet Bay Area who also has a communications degree. “I think she’s great, and she knows what she’s talking about,” said Abad excitedly.
There are far fewer females working in sports than males, but Abad is not afraid of the challenge. As the only female wrestler from her high school, Abad has dealt with the difficulties of being the only female. She explained that her friend came to her one day and said they should try out for the wrestling team. They were the first two girls on the team, and when her friend dropped it after the first year, Abad was the only female for the following two years. “The head coach my first year was a very masculine guy that felt that the sport was for men. He was harder on us because we were girls,” she said. “Some of the guys were weird about it. There was this one kid that was always my partner because we were the same weight. He would have fun wrestling the guys, but whenever he wrestled me he would try to overpower me and prove that he was stronger than me.” Abad explained that the difficulties of being on the team came from the outside as well. “People judged me for being on a team of guys,” she said.
Although Abad had a hard time proving herself, as the years went on, she started feeling like part of the team. The younger wrestlers respected her, and she ended up making friends with her teammates and having a close relationship with the coaches. The school newspaper called Abad a trailblazer for women wrestling in high school. “It taught me about doing my own thing, and I realized that as long as I was doing what I wanted to do and what I enjoyed, it didn’t matter what other people thought.”
This confidence as well her ability to prove herself has translated into other aspects of her life. “Industry women always get criticized; people question their knowledge more than they would a man,” she pointed out. A passionate fan of baseball, Abad has noticed that men are always impressed by how much she knows about the sport. “They’re accepting of my opinion once they realize I know what I’m talking about,” she said. “If they don’t want to listen to me then they don’t have to.”
Abad’s love for baseball came from her father, who has been bringing her to San Francisco Giants games since she was a child. “I love it. The whole history behind baseball, the way political and economic events tie into baseball, it’s not just a game. When people talk about their team, they always say ‘we’. ‘We won’, not ‘They won’,” she said, explaining how the fans become part of the action. “It unifies people because you’re sitting in the stands next to people you don’t know but you high five them anyway.”
Abad hopes that like Amy Gutierrez, she can use her communications degree to report on the sport that she loves. “There’s a sophistication to baseball that a lot of people don’t understand,” she said. She hopes to bring her knowledge and love for the sport to others. “It’s what I’m passionate about. I want to be doing something I enjoy.”● 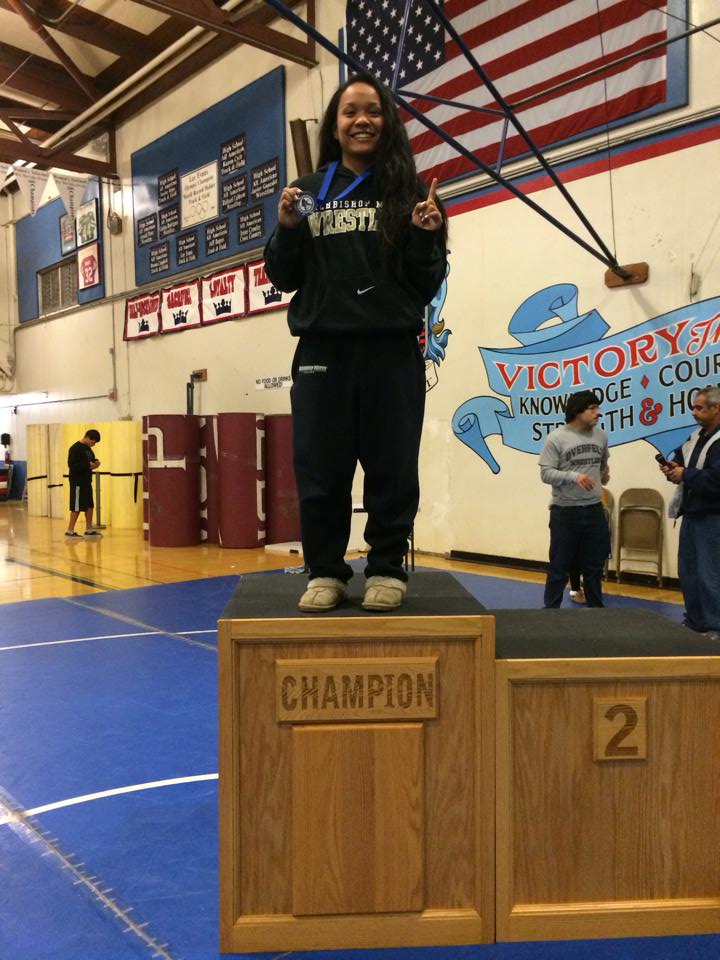 This is a text widget. The Text Widget allows you to add text or HTML to your sidebar. You can use a text widget to display text, links, images, HTML, or a combination of these. Edit them in the Widget section of the Customizer.
Loading Comments...
Comment
×
<span>%d</span> bloggers like this: