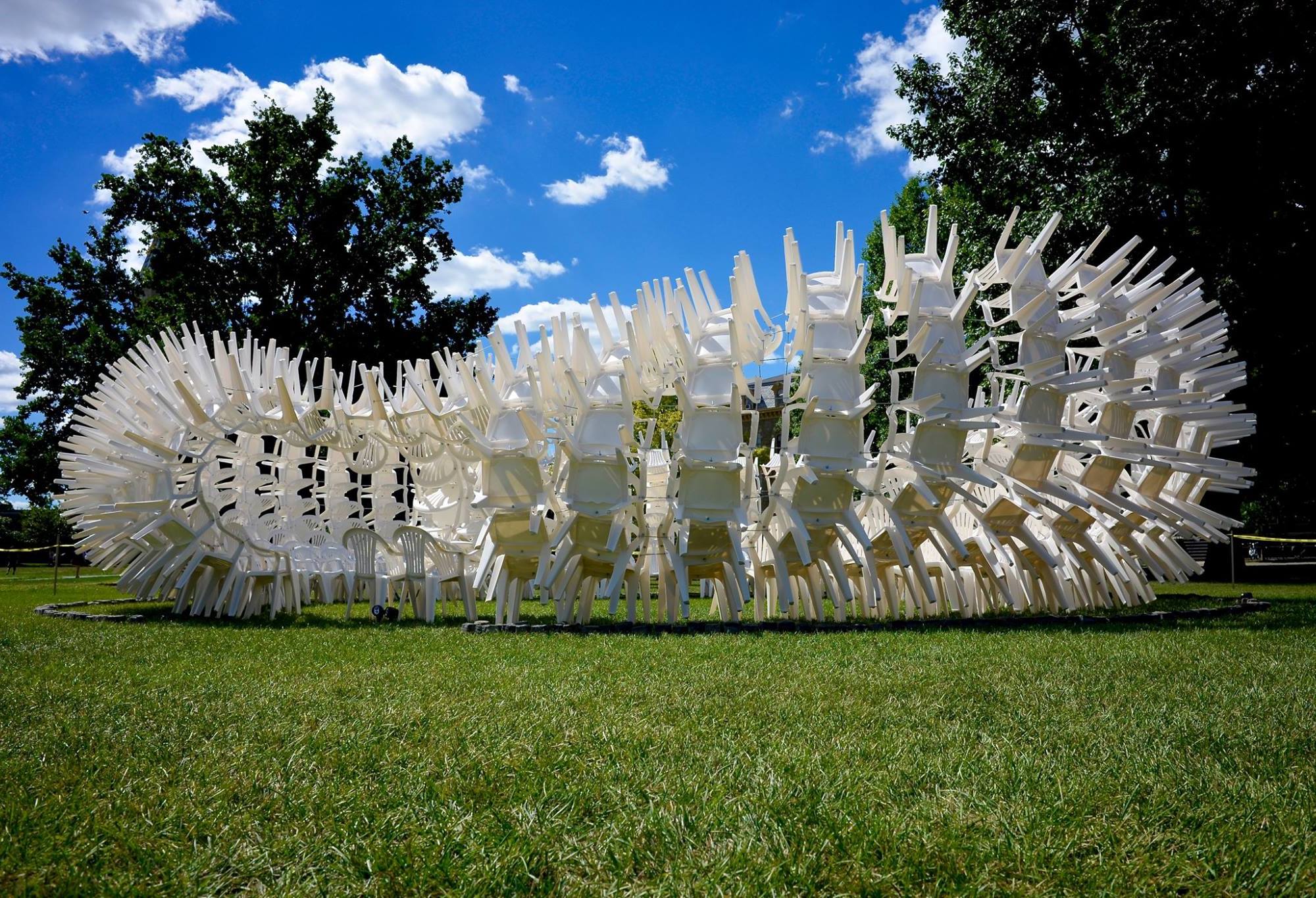 O’Donnell created the exhibit, “Urchin (Impossible Circus), with the help of Christopher Morse ’17 and John Lai ’17 as a part of the Cornell Council of the Arts’ 2016 Biennial celebration. The exhibit — installed on the arts quad this past weekend — attempts to transform 500 plastic lawn chairs into a living organism.

“The idea is that when you see it from afar, it seems like a designed object,” O’Donnell said. “As you get closer, at some point you realize that it’s just a plastic chair that you’ve already sat in 100 times. You have to resolve these two different perceptions in your mind.”

The idea for the display originated in theory of affordance — a term coined by perceptual psychologist James Gibson — according to O’Donnell. The theory posits that when you see an object, the first thing you perceive isn’t the color and the shape but what you can do with it.

“A chair affords sitting,” O’Donnell explained. “Once you start to make it part of an aggregated skin and start to twist it and turn it upside down, it doesn’t afford sitting anymore. This means that if you cancel out the first perception, then you start to be able to look at it in different ways.”

Lai added that the team aimed to rid the chair out of its typical lifestyle connotation and create a “different cultural understanding of it.”

“How can we take a chair and morph it into something that’s more than a chair?” he asked.

The exhibit took a year and a half of planning and construction to complete, O’Donnell said. The team arranged the chairs in different ways, experimenting with various connectors. The structure was also modeled with computer-generated images; designers were even able to see the structure in a three-dimensional virtual reality with goggles before it was built.

“It was kind of a back and forth between the digital world and the physical world,” O’Donnell explained. She added that the production of the structure took approximately six weeks and was installed over a two-day period with the help of about 40 volunteers from the department of architecture.

O’Donnell said the original intention was for people to go inside the “Urchin.” However, the City of Ithaca struck the idea down.

“The inside is incredibly different,” O’Donnell said. “It’s like being in an empty auditorium or church — it’s really peaceful. That’s pretty different from the outside which is more aggressive.”

However, Morse struck a different tone, saying that not being able to go inside the exhibit instead reflects the idea of empathy — the theme of this year’s CCA Biennial.

“When you’re forced to think more carefully about what it would be like to be inside rather than actually experience it inside, you’re projecting yourself into an imaginary person and you’re trying to understand it from that person’s point of view,” Morse said.

“The impossible circus has to do with the aggregation and rotation of the chairs, and the impossibility of occupancy as the chairs are translated upward,” Lai said.

O’Donnell said the team had to modify parts of the exhibit on site. Virtual reality does not account for gravity, so it could not do all their planning for them.

She added that it has been “really interesting” to hear people’s reactions to the exhibit.

“[The exhibit] has been provoking people to think about art,” O’Donnell said. “What does it represent? Does art have to represent something? What is the role of art in the University setting? Pretty interesting questions [were asked] by people who are just walking by.”

The theme of this year’s biennial is abject and object empathies, according to the University. Twelve new projects by Cornell faculty and students will be presented between Sept. 15 and Dec. 22. 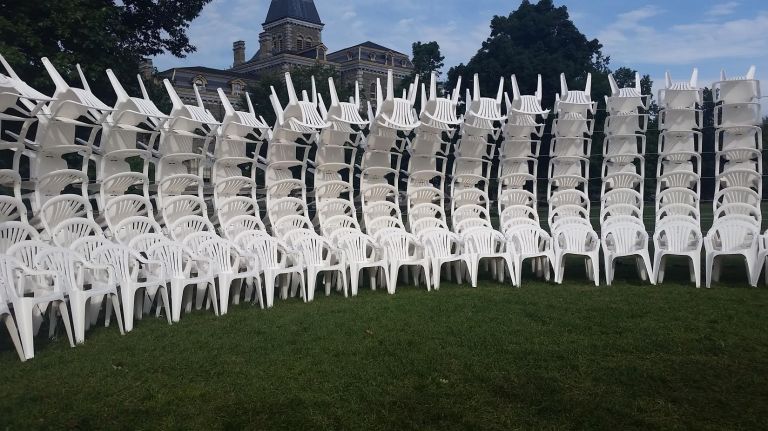