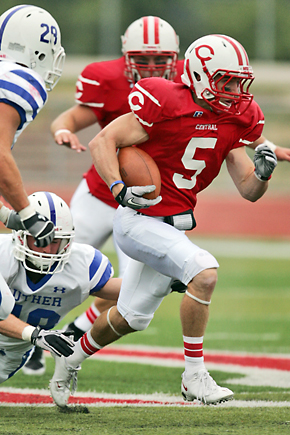 I transferred from St. John’s University to Cornell University, which in athletics meant changing from the Big East Conference to The Ivy League. This article is assuming that the other Ivy schools are similar, which may not be the case. However, I have a unique experience getting to be an athlete in both conferences, and this is what I’ve noticed about Ivy League athletes.

1.Athletes Don’t Plan on Being Professionals

A majority of the athletes I met in the Big East wanted to continue playing their sport after college. There was less of an emphasis on academics and more of an emphasis on sports for them. In the Ivy League, a lot of the athletes don’t plan on continuing their sport after college, and they’re more focused on careers. While it’s still  Division 1, there’s a different intensity in training.

When I was in the Big East, I never heard of athletes not doing their sport all four years. It never would of even crossed my mind. At Cornell, I’ve met numerous students who started off as athletes and at some point quit their team. The Ivy League doesn’t give out athletic scholarships, which is probably why there’s less of an incentive to play up until senior year.

3. Athletes Have a Higher GPA then Other Students

At Cornell, athletes have a higher GPA then the rest of the student body. This  probably has to do with athletes being so busy that they learn how to manage their time and get everything done. This isn’t the case at other Division 1 schools where it can be  difficult for athletes  to get their grades up.

At Cornell, it’s completely normal to be an athlete and also be in clubs or a fraternity/sorority. They can be part of multiple groups. At St. John’s, you were an athlete. That’s who you hung out with, and that’s what you were known as. Very few athletes did Greek life, and I was anomaly for being on the track team and a dance group.

There are a lot of events and networking opportunities on campus that are exclusively for athletes. Former Cornell athletes often reach out to current ones about jobs and internship opportunities. At St. John’s, athletes didn’t get extra opportunities like these.

There aren’t as many special perks from being on a sports team in the Ivy League. For example, at St. John’s I never had to pay for any team apparel or team backpack. At Cornell, we get a couple of general Cornell Athletics clothes for free, but all the team apparel and the backpack costs money. Both schools had free snacks, tutors, and laundry for athletes. However, St. Johns seemed to give a lot more benefits.

Each has its advantages and disadvantages. It really just depends on what you want out of your student-athlete experience.

This is a text widget. The Text Widget allows you to add text or HTML to your sidebar. You can use a text widget to display text, links, images, HTML, or a combination of these. Edit them in the Widget section of the Customizer.
%d bloggers like this: